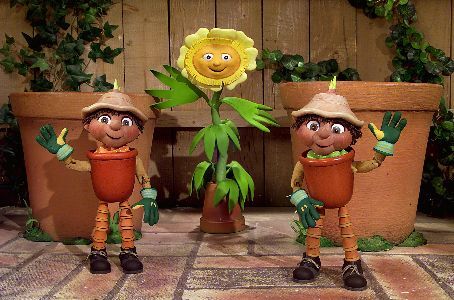 The apology is something that seems to baffle us as human beings. Some of us do it too much, for example, the classic ‘I-said-sorry-when-she-stepped-on-my-foot.’ Some of us avoid it because it forces us to admit we did something wrong and we find that very uncomfortable. Some of us do it out of the corner of our mouths while looking at our shoes. Apologies are difficult to get right, and they take practice. However, there is one way definitely NOT to do it – EVER. By saying one of the most condescending, invalidating, borderline gaslighting phrases in the English language:

“I’m sorry you feel that way.”

Ladies, gentleman and all in between: this is not a fucking apology.

“I’m sorry you feel that way” translates, loosely, to “I don’t think you have a reason to be upset but here is a half assed attempt to like acknowledge your feelings or some shit. I don’t think what you feel is relevant to what I supposedly did and I don’t have time to sit down and talk through this with you so that I might empathise with your viewpoint.”

Fair enough, sometimes we might think people’s anger or hurt is irrational. We might not think what we did was that bad, especially if it was an accident, or that we had no way of knowing that our behaviour might hurt someone. And we are, of course, entitled to think that. But if we have behaved in a way that HAS hurt someone close to us – which sometimes we ALL do – we need to acknowledge that fact, listen and try to work something out so that the hurt doesn’t happen again. Of course, this takes two willing people who can discuss something rationally to work out – and it isn’t always possible – but even if you think the person you have upset or offended must be smoking crack to feel that way, never, ever tell them that you’re simply sorry they feel that way. It is invalidating and will cause more hurt.

(As an aside, if you really do suspect someone you know is on crack, you might also want to deal with that).

Here’s an example of why “I’m sorry you feel that way” is so shitty when you have, unintentionally or otherwise, caused somebody harm:

Bill and Ben were once good friends. One day Bill, feeling that he wasn’t progressing in his office job, fancied a career change. So he decided to become an axe murderer. So he bought an axe and decided Ben should be his first victim. After all, Ben’s a pretty understanding guy and tends to support everything he does.

So, Bill shows up at Ben’s place with crazed axe murderer eyes. Ben feels a bit hurt when Bill charges at him all ‘RARGH I’MMA AXE YOU’ and the following conversation ensues:

Ben: Dude why are you murdering me I had so much to live fooor

Bill: I’m just trying something new why can’t you just be happy for me

Ben: I am but I am also feeling hurt by your behaviour I feel like you didn’t consider how I might feel about you murdering me and that hurts and I wish you would have talked to me first

Okay. So here we can see that Ben is laying dying and is quite pissed off that Bill went ahead and acted without thinking about the impact his actions might have on Ben. Instead of exploring Ben’s feelings about how his thoughtless behaviour (which harmed him whilst he benefited himself, whether or not this was Bill’s intention) has affected Ben, Bill shrugs it off with ‘I’m sorry you feel that way’ to smooth over the situation without taking any responsibility for Ben’s feelings. Therefore, the implication is that Ben is feeling bad of his own accord, ignoring two golden rules: every action has a reaction and everything you do affects other people.

But, I mean, Bill apologised, right? Ben will probably be cool. Except, he’s kind of dead…

So, whilst Ben was still alive, Bill’s behaviour made Ben feel as though Bill cares more about what Bill himself wants than how the way he’s gone out to get it has hurt him. Bill may not have intended this, and sometimes we all hurt people without meaning to – Bill is only human. It’s what he does next that matters.

Picture the situation differently. Bill is laying into Ben with his newly purchased axe:

Ben: I had so much to live for I feel sad that you didn’t consider how you killing me might affect me

Bill: Oah, shit man I had no idea. I’m sorry that I hurt your feelings with my thoughtless behaviour. Let me help you up and lets go talk.

So. The outcome here is that Bill and Ben talked and they were able to communicate openly, make amends and move pat it. And Ben didn’t die. Huzzah.

Bill wasn’t considering how Ben might feel  if he murdered him. He wasn’t considering that he was so excited about his new axe murdering career that Ben’s needs (i.e. safety) fell by the wayside. Bill is not merely sorry Ben feels that way: he’s sorry his behaviour hurt his friend and he takes responsibility for this.

So… when is it okay to say “I’m sorry you feel that way?”

“But what if I am genuinely not the cause of the feeling?”

Well, you don’t need to be sorry, do you?

Bill: Dude I think I’m in love with you
Ben: Don’t feel the same way soz
Bill: K I hate you now bye

Should Ben be sorry Bill feels that way? No! He doesn’t need to be sorry because in this situation, Ben has not done anything to cause Bill’s feelings. He is not responsible for how Bill feels. You can’t make someone fall in love with you. People just do because people are odd and we are complicated and we don’t always feel the same way about each other, and that’s nobody’s fault. It’s just the way things are.

Now let’s consider that phrase again: ‘I am not responsible for how you feel.’

Sigh. That is a phrase that gets misused far, far too much in the wrong context. It does NOT apply when it’s related to you evading responsibility for your shitty behaviour.

Let us consider Bill killing Ben with an axe again:

Ben: Bill you are such a dick for killing me with this axe I am so annoyed with you right now
Bill: Nvm I’m not responsible for how you feel.

The point is, everything we do has an effect on other people. Sometimes we act like douchebags – I do, you do, your grandma does. We’re all human, and it’s often understandable. But repair it by learning to give a genuine, sincere, heartfelt apology. Most of us never mean to hurt people, but we do, even if at the time we are totally oblivious to it. Even if it was never our intention. Don’t brush off someone you care about. Talk to them and work it out.

Don’t be sorry someone feels that way. They are already taking care of feeling sorry that they feel that way. If the person is of sound mind and is feeling hurt by your behaviour, acknowledge what they are feeling and apologise for being the cause of the feeling – even if you think it wouldn’t upset you personally or you think they’re making a fuss over nothing. It’s the classic ‘you’re too sensitive.’ ‘You’re overreacting.’

None of us are perfect. We all have thoughtless, mean and downright stupid sides. Respect for people’s feelings and open, honest communication will keep your relationships strong.

Writer, student nurse, tiara enthusiast. Spending most of my time getting healthy again and the rest talking about it on the Internet like a true millennial. View all posts by stephgetsclean